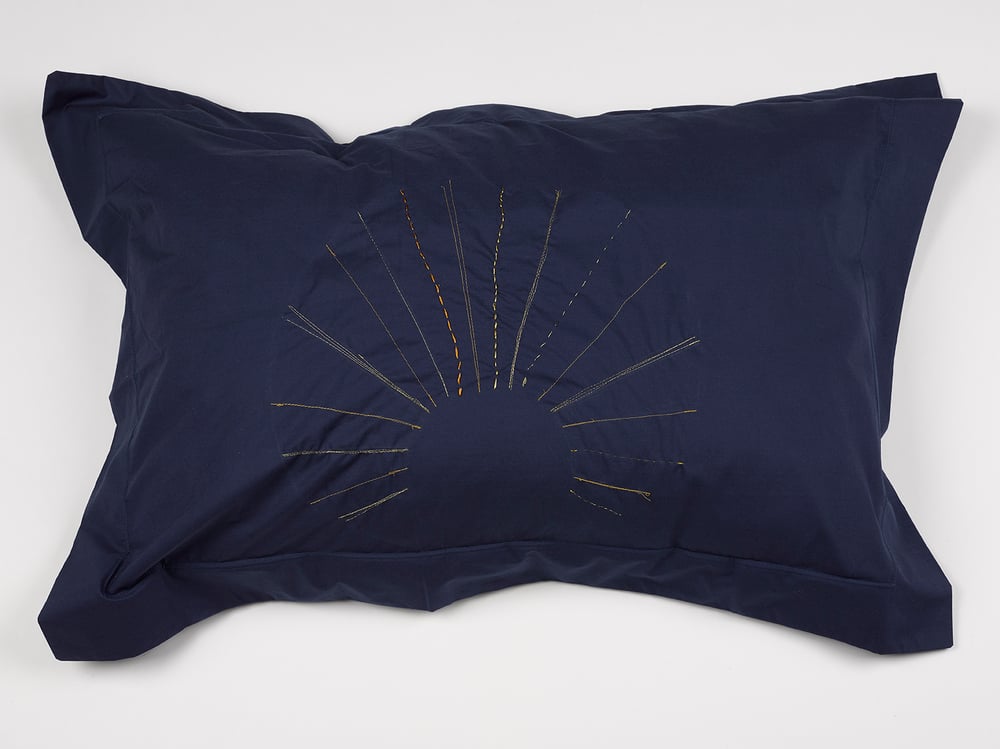 "For A.L.T., the pillowcases I've made draw on my fascination with both performance and religious iconography. The simple act of lying on the pillowcase will bestow a halo: it's an object capable of beatification." - Holly Slingsby