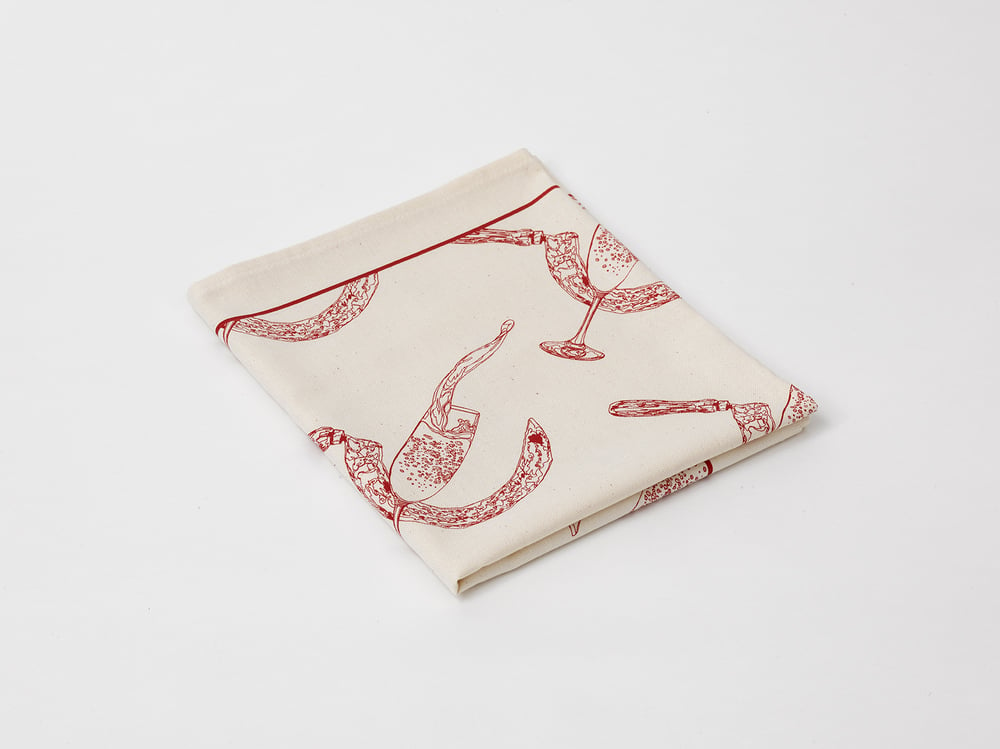 "For A.L.T., I have made a range of tea towels referencing a 1923 textile design produced by Liubov Popova featuring a hammer and sickle pattern. In my version, the images are more elaborate and the ideology fully compromised, the workers hammer is replaced with a champagne flute - Popova's pattern transformed into a tea towel more suited for preparing dinners during these ideologically troubled times." - Pio Abad 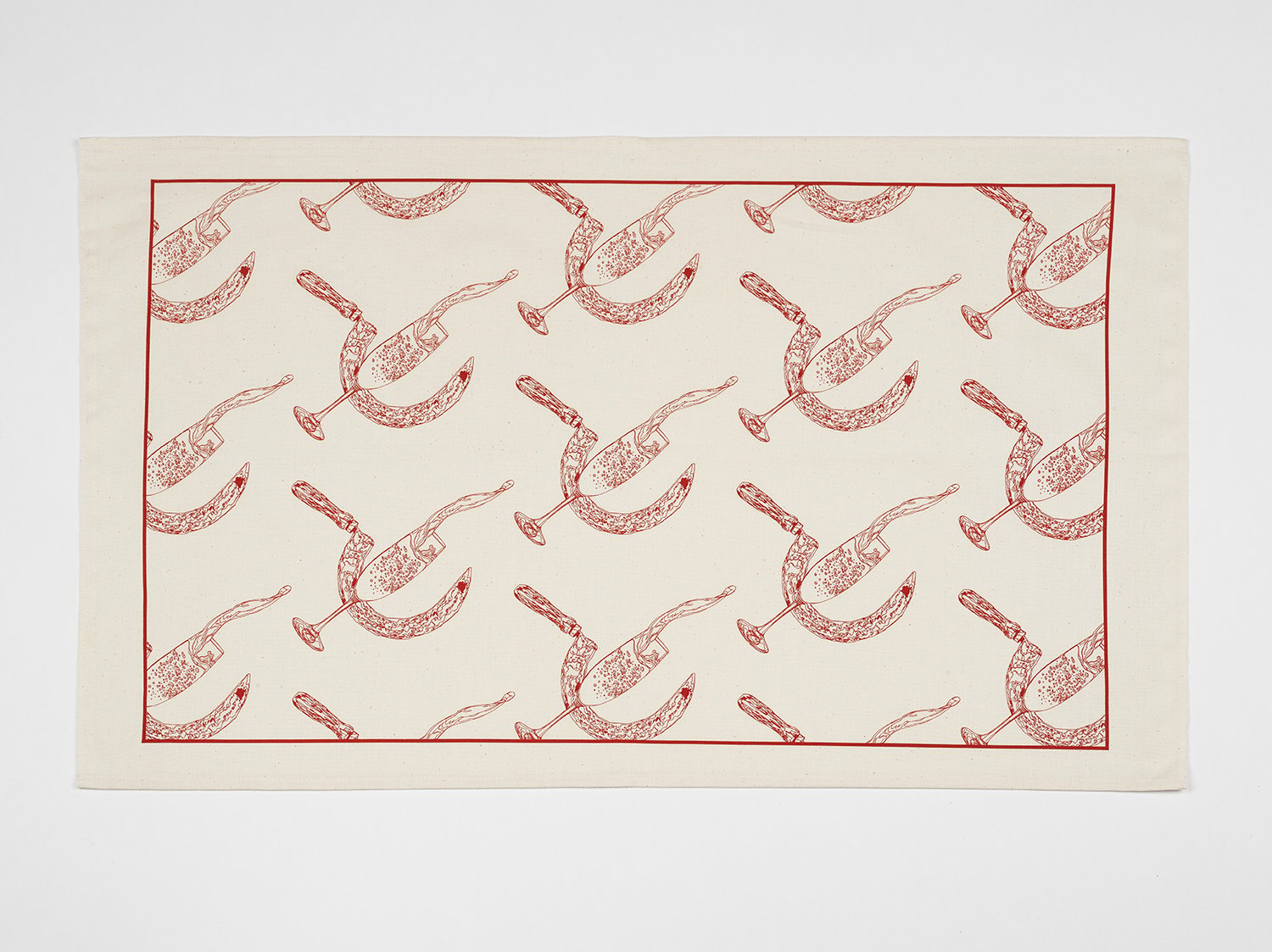